STRENGTHENING ANTI-CORRUPTION AND ACCOUNTABILITY IN NIGERIA:

As part of its mandate to promote citizen’s engagement, popular participation and inclusiveness in governance in Nigeria, the Progressive Impact Organization for Community Development (PRIMORG) with the support from MacArthur Foundation informs the public through the media about its plan to implement a two year anti-corruption intervention titled, “Strengthening Anti-Corruption and Accountability by Amplifying Corruption Related Investigative Reports on the Radio and through Social Media”

The planned action which has commenced from 1st April spanning over the period of two years seeks to de-emphasize unethical practices and address lack of accountability in Nigeria’s public and private sectors by amplifying investigative reports on corruption to stimulate collective actions among Nigerians.

During the two-year period of the project, PRIMORG will produce and air the radio program, PUBLIC CONSCIENCE in selected radio stations in Nigeria. The programs will also be relayed on the various social media platforms and on primorg.org.

The flip side of the project is the identification of Nigerians and institutions that are daily resisting and saying no to corruption in their daily engagements in private and public lives. These individual and organizational corrupt-free efforts shall be highlighted to encourage Nigerians to do things right, and to emphasize that there are Nigerians who can be above board.

PRIMORG says the project is underscored by the fact that Corruption is identified as one of the greatest threats to democracy in Nigeria today. All aspects of national life, including state institutions – the executive, legislature, judiciary, civil service and the police, among others – are mired deeply in this cancer of graft.

Sadly, the anti-corruption agencies set up by government – the Economic and Financial Crimes Commission, (EFCC), and the Independent Corrupt Practices and other related offences Commination, (ICPC), have left gaps in their will and capacity to fight corruption.

The media, the Fourth Estate of the Realm, which has the constitutional duty of making government accountable to the people, has not created enough room for that role, largely due to economic factors and for want of capacity.

The project with the cooperation of its partners namely, Cable News, Daily Trust Foundation, and Premium Times no doubt will avail PRIMORG quality editorial engagements to conduct investigations and write investigative reports and curate content for its website and radio discussion to amplify investigative reports; and support discussions on sustainable funding model for investigative journalism in Nigeria.

In addition to the above, the support will also enhance the capacity of PRIMORG to amplify investigative reports on corruption (retail and grand corruption), initiate fresh investigations into corruption related cases, call out major anti-corruption agencies and mobilize institutional and public response.

In the end, we hope the intervention among other things, will help improve appetite and appreciation for investigative reports and increase visibility for positive models and stories of integrity and honesty in public, private and informal sectors in Nigeria. 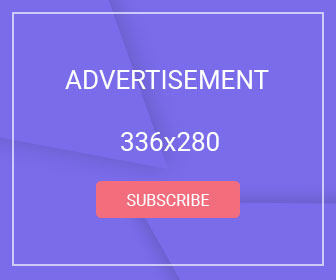